Home | News Center | What is a lithium thionyl battery?

The lithium thionyl chloride battery is a type of battery that falls into the category of primary lithium battery conversions. This means that it is a non-rechargeable version of a lithium-ion battery. These batteries are commonly used in industrial, medical and remote applications due to their voltage, discharge voltage and range characteristics. They are manufactured in two recognised ways, using spiral wound and spooled construction.

Lithium thionyl chloride offers all its benefits. These features are pre-installed in the battery and include

The ones used in the cells are non-flammable, but can be dangerous after various chemical reactions and decomposition due to improper handling.

The self-discharge rate of lithium thionyl chloride is negligible, less than about 1% per year after storage at room temperature, thus supporting long storage periods.

The batteries can operate over a temperature range from as low as -55°C to +125°C. For maximum capacity, the batteries are rated for a maximum temperature of approximately +85°C, but special modifications can extend these limits.

Due to their typical low annual self-discharge rate of less than 1%, batteries have a shelf life of over ten years when stored at room temperature.

Lithium sulphite batteries also have some disadvantages, just like any other lithium battery, as they too have problems that have never been solved. The limitations are as follows. 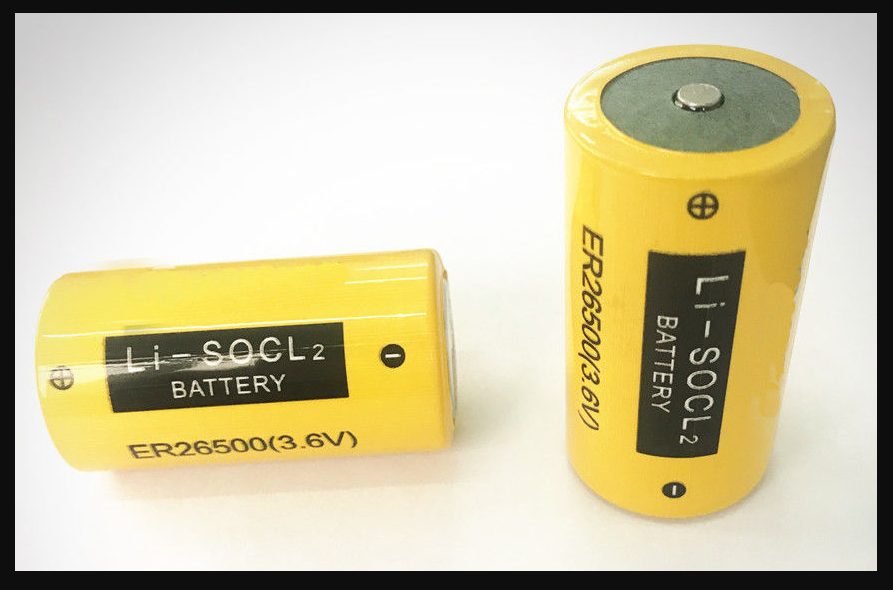 The batteries offer high energy density and contain hazardous substances such as lithium and sulfoxide chloride in their composition. When handled carelessly and without regard to proper protection guidelines, batteries can be physically damaged, leak, overheat, fire, explode or even produce toxic gases. These effects can also cause harm to the user's body and its environment. Therefore, proper guidelines for handling and maintaining lithium thionyl chloride batteries should always be followed.

When batteries are discharged using high currents after prolonged exposure to average or standard temperatures, the operating voltage drops sharply and then gradually returns to normal.

Lithium thionyl chloride batteries are not cheap to the consumer.

Harmful to the environment

During the manufacturing process, the sulfoxide chloride contained within the cell is broken down into hydraulic acid and then, with the addition of water, sulphur dioxide. The resulting compound is highly corrosive and mainly pollutes the environment. This is why production sites need to be well ventilated to ensure the safety of workers and the surrounding environment.

Applications for lithium thionyl chloride include

OA machines, such as fax machines, printers and photocopiers

How do Li-sulphite batteries work?

Li/SOCL2 batteries, or more specifically lithium thionyl chloride batteries, consist of a lithium anode and a carbon cathode. The electrolyte is usually non-aqueous and consists of a lithium tetrachloroaluminate compound. Sulfoxide chloride forms the electrolyte and cathode material. When the sulfoxide chloride electrolyte is in excess, sulphur and sulphur dioxide dissolve, leading to a build-up of specific stresses. When the cell is stored, the anode reacts with the electrolyte, producing lithium chloride on contact. This precipitate is essential as it extends the storage life of the cell. However, it can also cause a voltage delay at the start of the discharge process.

Lithium sulphite cells have a severe voltage hysteresis, which in turn causes the voltage to return to about 95% of the peak voltage within a few minutes. When the cell is kept at room temperature for about two years, the formation of LiCl precipitates of lithium chloride at the anode results in multiple high current brakes which dissipate the precipitates and restore the lost operating voltage. The lithium chloride formed is they are deposited at the cathode, thus blocking the pores and thus preventing effective electron transfer between the electrodes. In this case, the cathode is said to expand, thus producing a larger surface area for ion transfer, but its micropores are also blocked, which can lead to cell failure.

Lithium thionyl chloride cells, also known as Li/SOCL2, are often manufactured in a variety of different sizes and configurations. Different

different battery capacities are designed in different forms, shapes and chemistries to meet the specific requirements of their various applications. The original lithium thionyl chloride battery system had some safety

hazards and voltage delay issues. Safety issues can occur due to the high discharge rate of the cells and the tendency for the cells to over-discharge above average.

Batteries with low discharge rates are often used for voltage backup of memories and several other applications that require a long operating or working life. Lithium thionyl chloride is often mixed with other additives to improve the various specifications and performance of different batteries. A good example of this is the use of large square batteries used in military operations as a backup power source in emergency situations. Li/SOCL2 is therefore constituted in the construction of such batteries to extend the operating time of such back-up equipment.

Next: Graphene vs Lipo battery