Home | News Center | About the dangers of lithium-ion batteries

About the dangers of lithium-ion batteries

About the dangers of lithium-ion batteries

If improperly handled, lithium-ion batteries also run the risk of deterioration due to intense and unsafe combustion reactions. This reaction occurs when the battery temperature exceeds 65C and is likely to exceed 75C.

When the battery is on fire, hydrofluoric acid is formed and released through the pyrolysis of the anion PF 6-containing electrolyte in the battery. An INERIS report on electric vehicle batteries points out this risk.

In addition, INERIS's study suggests that "from a metrological point of view, measuring fluoride produced in fires is still a delicate operation." Therefore, the concentration of hydrofluoric acid formed is variable and depends first on the amount of electrolytes in the combustion and the combustion temperature.

When electrolytes are burned (vinyl carbonate and propylene carbonate are burned), other toxic gases (mainly carbon oxides) are formed. To prevent the battery from leaking or burning, lithium-ion batteries must be handled with extreme care.

If an electrolyte leaks from the lithium-ion battery, the liquid may contain hydrofluoric acid. It is necessary to absorb liquid residues that flow out of the battery with appropriate absorbents, such as those used to neutralize acidic chemicals, such as CAPTA or TRIVOREX multivalent absorbents. Personal protective equipment is recommended.

Serious chemical damage may occur if the skin or eyes are exposed to the liquid of the lithium-ion battery. It is necessary to purify for the dangers represented by hydrofluoric acid. It is recommended that you consult your doctor urgently. Lithium-ion batteries in automobiles are generally isolated and protected from releasing hydrofluoric acid steam when burned. In case of a traffic accident, if the battery is on fire, try not to touch steam that may leak.

If your skin or eyes are exposed to the products of burning lithium-ion batteries, a suitable detergent treatment for the dangers represented by hydrofluoric acid is required. It is recommended that you consult your doctor urgently. 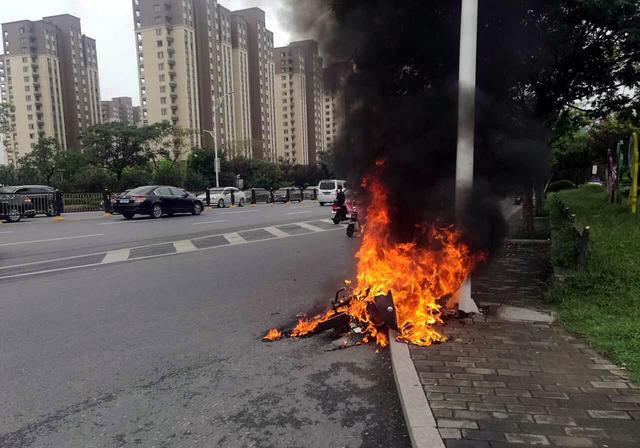 What makes your lithium-ion battery dangerous?

So far, temperature has been one or at least one of the adverse factors for lithium batteries. Because lithium is a dangerous and flammable metal, batteries (and devices) can explode particularly easily when exposed to high temperatures.

Sunlight and heat can be considered the biggest enemies of lithium batteries because they always help accelerate their natural aging. Therefore, if the battery is connected to the battery charger for too long and there is no special problem during charging, any sudden change or short-circuit of the current can seriously damage them, which is not the case.

Another limitation of intact lithium batteries is the need for frequent use; They will stay healthy if you use them regularly.

However, consider that lithium-ion batteries can even be used several months apart. While losing some of its potential, excessive use does not result in excessive loss of a large amount of power, whereas traditional batteries may even lose 50% of their power if not used at the same time. A significant disadvantage of lithium batteries due to their structure and composition is that they have a validity period independent of their use. Intelligent and correct use and limitations of extreme pressure will undoubtedly benefit your performance, but they will certainly not extend your life beyond the natural cycle. Today, they have significantly shorter durations and longer life than classical Ni-MH or lead-acid batteries. However, there are problems such as high memory effect and low efficiency and stability.

Do lithium-ion batteries have side effects?

Battery explosions on smartphones and tablets can cause more than 100 toxic gases to be discharged, making accidents even more dangerous in small, enclosed places, such as car passenger compartments.

In recent weeks, media explosions around the world have caused giants like Samsung to withdraw one of their latest products from the market. Explosions and fires are always talked about, but few people talk about and understand the possible gas emissions from these accidents.

As a result, explosions have been found to release dozens of highly toxic gases, possibly fatal, causing severe irritation to the skin, eyes and upper respiratory tract. The type of gas and its concentration depend on many factors, such as the exact chemical composition of the battery, the level of charging, the size of the explosive environment, and the level of ventilation.

Is it safer to use lithium-ion batteries than other batteries?

Lithium is a chemical element, usually represented by the symbol Li, with an atomic number of 3. It is part of the family of alkali metals and in pure form is the silver metal. In addition to consumer devices, lithium-ion batteries are playing an increasingly important role in data centers.

The root cause is that the emergence of the Internet of Things (IoT) means that a large number of processing and networking devices are now installed in areas outside the traditional periphery of data centers: branch offices and home offices, sales outlets, industrial sites, and even outdoor areas such as wind and solar power plants.

Paradoxically, the proliferation and distribution of information technology increases the risk of disruption if a member of the chain encounters a problem, particularly with regard to the basic, sometimes forgotten, source of information technology functionality: current power supply. To avoid this situation, organizations must equip themselves with a special uninterrupted power supply (UPS) to power their devices in the event of such problems.

Previous: How much do lithium-ion batteries cost?